Children's are naughty and loving and can be impulsive, vicious and defiant from time to time in their child phase, and being like a naughty child is perfectly normal for children’s and for their parents. However, For some children under their age they have extremely difficult and challenging behaviors. Children’s with these behavioral disorders can develop personality disorders, Austin, depression, or bipolar disorder as they grow up.

It is believed that approximately one in ten children under the age of 12 has an oppositional defiant disorder, where boys are two to one more % then girls.

Children with behavioral disorder (CD) are often tagged as "bad guys or rude" because of their refusal to accept rules and regulation and criminal behavior. It is studied that around five percent of 10-year-olds have this disorder, and boys are four to one more %  than girls.

Some of the typical behaviors of a child with CD include:

About two to five Percentage of boys believed to be suffering from Attention Deficit Hyperactivity Disorder (ADHD) where boys are three to one% more than girls.

Inattention: Difficulty concentrating, forgetting to instruct, moving from one task to another without doing anything.

Impulsiveness: Being Prone to accidents normally, having short temper fuse and talking about others.

Symptoms of Behavioral Disorder in Children’s

All children have behavioral problems sometimes. Problems that last longer than six months and are more severe than those of your relatives can indicate a behavioral disorder.

Treatment of behavioral disorders in children.

Parents education status: For example, teaching parents to communicate with and manage their children with behavioral disorder.

Family Therapy: To improve communication and problem solving skills with their children Family therapy is must to Help the whole family.

Cognitive Behavioral Therapy: Children’s with behavioral disorder need to taught so they can control their emotions and feeling which unbalanced their social life.

Social training: The child is taught important social skills, e.g. B. how to talk or play cooperatively with others.

Anger Control: Frustration anger grows in children’s and they have been taught and given a variety of coping skills to calm their anger and aggressive behavior.

Encouragement: Many behavioral disorder children’s in school or social life experience repeated failures while interacting with others, which discourage them.  Encouraging the child to excel in their particular talents (such as sport) can help to build self-esteem in school or in social life.

Medication: Medication is also important to control or level up impulsive behavior.

Popular posts from this blog 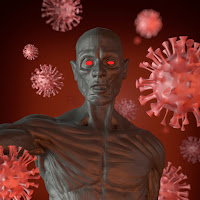 HOW TO COPE With ANXIETY

Types of anxiety and ways to overcome them Overcoming anxiety may be a very personal journey, and what may go for one person might not work for an additional . Therapy, medication, natural remedies, and practicing coping strategies can all help an individual overcome their anxiety. Anxiety may be a natural response to feeling under threat. It causes people to feel worried, afraid, or stressed. It is natural for an individual to feel anxious from time to time. A person may have an mental disorder if they frequently feel severe levels of hysteria that impact their day-to-day life. A person’s feelings of hysteria may last for an extended time or be out of proportion to their situation. Anxiety comes in many different forms. Certain situations or tasks, like speechmaking or driving, can make an individual feel anxious. Additionally, an individual may feel anxious about their health, certain body functions, or about relationships. A person can also feel severe anxiety when faced with cer
Read more

CHILDCARE Our Turn: Child care is vital to rebuilding the state’s economy Working parents are drowning immediately . The second wave of the pandemic came in sort of a tsunami after many months of juggling work and child care under unprecedented and stressful circumstances. Almost a year into this crisis, parents are still anxious about the way to keep their children cared for and safe, the way to continue meeting work obligations, and in many cases balance remote learning, too. We all know that the last year has also laid bare deep inequities within the New Hampshire we already knew existed – including unequal access to quality, affordable, and safe child care. Early2 care and education schemes including child care offer a supportive environment for healthy child development and prepare children for fulfillment in class and in life – also as allow parents to stay within the workforce. High-quality child care remains an outsized financial burden for several working families looking to s
Read more